[Interview with Out of the Box Expert Cecilia Garding] 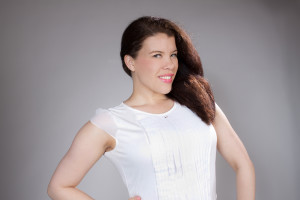 Cecilia Garding is a member of the Out of the Box Expert Pool specializing in culture, social inclusion and addressing extremism issues in Europe-some of the currently burning topics all Europeans should be more involved with. We asked Cecilia to share her views on some of the challenges Europe is currently facing.

Has Europe become more inclusive or exclusive over the past decade?

We find ourselves in a paradox, Europe has definately become more inclusive but with the rise of nationalist parties we see a Europe battling with how to cope with non-democratic values inside the democratic debate. These parties believe we don´t need the outside world but for trade, investment and exchange of knowledge we need to invite the world in to be cutting edge in all markets. In Sweden we know that immigrants are beneficial to Swedish companies as they bring in a new network and therefore more revenue, still they are discriminated against and this mindset needs to change. Also in times of need, the EU financial crisis sawe migration to other non-European countries during the crisis that was not spoken off but very real. We need to have a more humble approach and not forget that our continent needs to be a part of the world too.

What is the main obstacle for a successful social inclusion?

I believe, the main obstacle is the unregulated market of migrant labour. We need to have a stronger cooperation with the government, unions and private companies so it is regulated. The biggest argument of the right wing extremist is that the immigrants are taking our jobs. The winner is the private companies that underpay and overwork migrant workers; the looser is our possibilities for social inclusion. Workers even sometimes pay their future employers mind-blowing sums for a workers permit and end up in a slave system, which does not benefit social inclusion. Focus should be on satisfying the labour market to the benefit of all, ensure minimum wages and more attention is needed to think of innovation, creating new jobs and on education.

One of the areas of your expertise is fighting extremism in Europe. Which type of extremism is most difficult to tackle in your opinion?

I believe that of all forms of right-wing extremism what is the most difficult to tackle as it is on the street and in political power, but it’s not impossible. The main issue is to tackle their breeding ground of new members. As a person working closely with former Nazis and their victims I have come to the conclusion that an alarming problem is the rise of poverty in Europe as it is one of the feeding grounds of extremist ideals also the ideals that we can refer to as ”populism”, we need to counteract in 4 ways: 1. Approach youth with extremist ideas early and use good practice to fend off extremist values; 2. Fight alcohol and drug abuse and other types of abuse at home; 3. Use best practices to stop bullying and racism in schools that tend to create anti-social behavior; 4. Fight youth unemployment and support youth with mental health issues.

As one former Nazi, who experienced no help with all these issues said, he started to hate himself, and soon he hated everyone else. Through being in my film ”We are like Oranges”, against hate crime and Nazism, he could redeem his past, which is also important. We also need to ensure that the men and women who want to leave these organisations are helped out of it. Neo-Nazism has a cult mentality, when you get in, you never get out. This puts them in danger and their families and it is not easy to build a new life. I also believe that the rise of ISIS will impact much more on immigrant youth and we need to use our experience of working with other types of extremism to see the patterns to be effective in how we can counteract the situation.

The influx of Syrian refugees over the past months has caused a great furore among EU members. What are the biggest mistakes EU members are making on the issue? How would you propose for this refugee crisis to be resolved?

Firstly, very few from the crisis reach European borders, the Syrian refugees are around 4 million but only 250 000 reach Europe i.e. 2% of the total number of refugees, to a continent with 500 million. The biggest mistake is our misconception as this is not a huge influx. Secondly, the EU members should have seen this coming as the crisis in Syria has been going on for years and should have acted proactively. Thirdly, creating safe passages should have been and still should be a part of the plan.  Fourthly  the Dublin declaration is also a part of this problem as refugees do not want to identify themselves in the countries they don´t want to end up in, and thus are treated as criminals.  Finnaly we don´t acknowledge the benefits of migration, for instance in Sweden many rural towns on the brink of becoming extinct, now have new malls, people have jobs, due to taking care of the migrants like in my hometown Kramfors.

My suggestion is: 1. that the funding of the refugee camps in for instance Lebanon increases. The drop of aid has been one of the main causes for refugees to dare the trip over the Mediterranean. These camps need to be adequately funded, healthcare provided, schooling…  2. the crisis in Syria needs to be addressed much more from an EU stance to find peace. 3. that the Dublin declaration needs to be rewritten and a quota system must be ensured. 4. That we make a total overview of the living-arrangement for asylum seekers and how they should be integrated. 5. that the deaths in the Mediterranean sea must be stopped with stronger cooperation of human rights organisations and the Mediterranean countries together with other EU members.

Where do you see EU five or ten years from now?

I have a vision that Europe will be a vibrant continent where human rights and labour rights are enforced. I hope to see a Europe that focuses much more on how to fight youth unemployment and prioritise the work of fighting extremism. If we can stop the increasing flow of new members to these kinds of organisations we can start to create a more tolerant new generation that sees not only the challenges but also the benefits of diverse societies and the EU cooperation. I also wish that we have learned from the Syrian migration crisis- that new practises are put into place that ensure human rights. We also need to use culture as a tool to create an inclusive view of our continent and its diversity.