Press: With the official launch of an internet survey on public perception of migration, the European project NECME “New forms of European citizenship in migration era” has started in 16 different European countries. The project, funded under the Europe for Citizens programme of the European Union, involves 17 Civil society organizations from 16 different countries, is coordinated by the Italian Foundation “Giovanni e Francesca Falcone” and managed by relatives and colleagues of the anti-mafia judge Giovanni Falcone, killed in 1992. The project is aimed to explore how migration phenomena is affecting European civil society in terms of new experiences of civic engagement and active citizenship.

To gain better understanding of the current situation, an international survey has been launched today and is available at https://www.surveymonkey.com/r/898B239

The survey, elaborated by Palermo (Italy) and Vidzeme University of Applied Sciences (Valmiera – LV), will make it possible to record and analyze the perception of migration and migrants in European society, also focusing on how migrants are victims of organized crime or are involved in it.

“Consistent migration flow during last years has influence on European Civil society – said Maria Falcone, president of the “Falcone Foundation” – and all of us must take an active role to overcome xenophobic, intolerant and discriminating behaviors.
Through the involvement of different stakeholders (teachers, representatives of associations and European agencies, administrators of public institutions, journalists, law enforcement, …) and the adoption of different methodologies, participants will be stimulated to act, as single citizens or as organized civil society, to facilitate migrant inclusion in European society and will create synergies between civil society and public bodies, also by promoting the role of volunteering.

The survey will be conducted online during the next two months and is available at https://www.surveymonkey.com/r/898B239 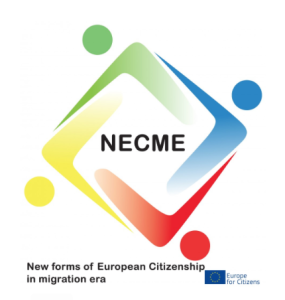