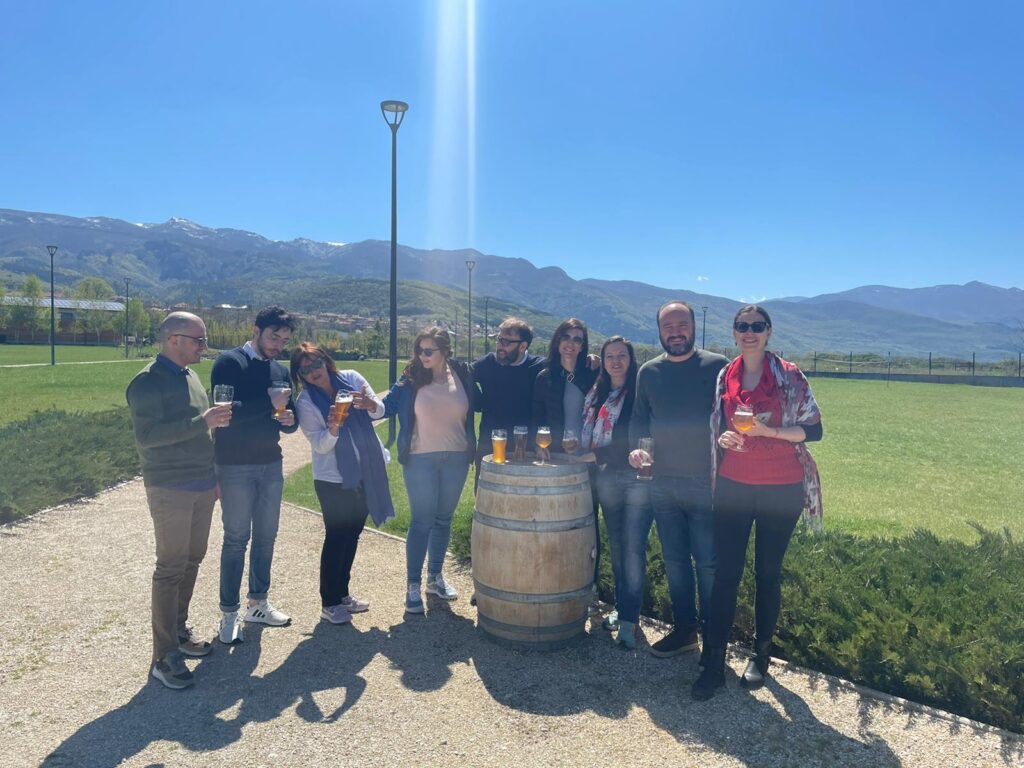 On the 11th and 12th of April, the TAPROOM Consortium met for a planned partners’ meeting in Sofia, marking a big milestone of executing the first meeting fully realised face-to-face since 2020.

The TAPROOM Bulgaria meeting encompassed these intellectual outputs: the closure of IO2: the TAPROOM Training Course and the ongoing development of IO3: the TAPROOM Manual for Trainers, IO4: The TAPROOM Platform, and IO5: the TAPROOM Guidebook on Certification.

During the meeting, the partners also updated and discussed the over-running matters such as management, administration, timetables and communication, and started planning the process of TAPROOM piloting, which is to commence in spring/summer 2022.

On the second day, the partners participated in a study visit at the Hills Brewery Park outside of Sofia, during which they had an opportunity to get to know the inner workings of a small craft brewery.

From the side of OTB, the meeting was attended by the project coordinator Auguste Taruskaite. The meeting was overall evaluated positively. The next meeting will take place in Munich, in Autumn 2022.