The research on immigration 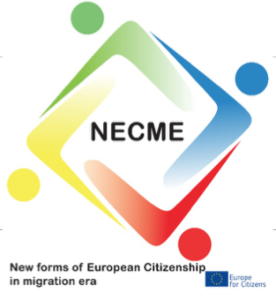 Press Release: The project: “A new form of European citizenship in an era of migration”

80% of interviewed citizens in 15 European countries consider themselves “concerned” about illegal immigration. However, between 86 and 91% of interviewees are aware that migrants are exposed to being exploited by organised crime or within the frame of the labor market, while 20% of them consider the “total closure of borders” as a solution.

These are some of the results of an international survey implemented in the beginning of 2017 in 15 European Countries (Albania, Belgium,Bulgaria, Croatia, Czech Republic, Germany, Greece, Italy, Latvia, Malta, Poland, Portugal, Republic of Macedonia, Romania and Spain) as part of a European project led by the Italian NGO “Fondazione Falcone”. The survey was conducted by The University of Palermo (Italy) and The University of Valmiera (Latvia), involving approximately 3.800 citizens and the results were presented during an international meeting held at the University of Valmiera on 21-22 April 2017.

The aim of the survey was to explore the perception of migration in the concerned countries, in order to explore how organized civil society can implement actions and activities to prevent or counter xenophobic or racist behaviors and promote co-operation between non-governmental organisations, institutions and research centers. The project is supported by the “Europe for citizens” program of the European Union and will last until April 2018.

Furthermore, the survey has shown big discrepancies in the perception of this matter between different countries. For example, while only 1% of Portuguese or Spanish citizens consider closing borders as a solution, 48% of Czech citizens see it as the best one.

An interesting aspect of the survey comes from the perception of the relation between migration and organised crime. While 53% of interviewed persons, agree on the idea that the migration phenomenon influences the rise of crime rate, an even bigger percentage consider migrants as victims of crime proprietors. 61% of interviewees considers indeed that organized crime recruits migrants due to their poor social/economical/living conditions. This data comes together with those related to the vulnerability of specific migrants groups: according to 61% of the statistic sample, female migrants are at risk of being exploited in labor market, as well as 51% of the sample consider child labor among migrants to be a widespread phenomenon.

A surprising result of the survey comes from the question about political priorities for national governments. Indeed, according to 31% of interviewed persons (the higher percentage) “limiting immigration” is a political priority, placed before “combating organized crime” (20%), “stopping bank speculation”(19%), “protecting the right of freedom of speech” (13%) and other issues.

According to researchers who analyzed the data: “The research abounds in interesting data showing that in the concerning countries, besides a widespread opinion that there is a relation between migration and organised crime, it is clear to the majority that this is related to the social vulnerability of migrants. The data gives us the possibility to get the general perception about migration and focus on relevant differences among countries, age and social groups and to understand the level of acceptance or rejection in a multicultural society.”