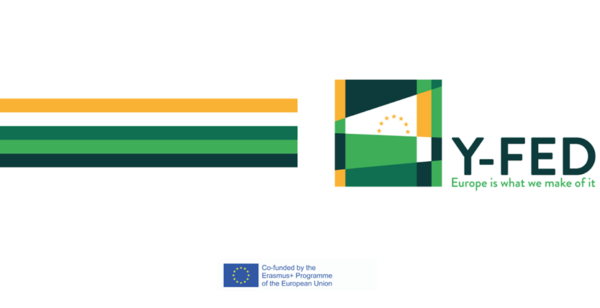 The end of 2021 brings along the end of the Y-FED project. The project partners met for the last time in the beginning of October to plan future endeavours and to look back on all the achievements made during the project, which were amazing despite the obstacles we encountered. Throughout the project, around 1800 participants in total were directly involved in the activities. This bunch was composed of young people, youth workers and trainers, experts and decision makers who took part in Hackathons, an E-training for organizers, Advocacy and lobbying training, Expert’s meeting, Model simulation and the final conference. With that note, we invite you to see a video showing how young people organized and implemented their advocacy campaigns.

The main aims of the project were:

And indeed, we can say that even though the pandemic has disrupted the initial plan, the partners have managed to reach the desired goals. The circumstances we encountered were quite challenging and had some minor negative effects, but they made us step out of the working pattern we had been so used to by then, pushed us to adapt, learn new skills and made us more resilient all together.

The Out of The Box International team is very grateful for being involved in the project, as we have learned and gained a lot, and hereby express our gratitude to the coordinator JEF Europe and to all the project partners. Thank you for your cooperation, time and all the efforts put into this project. This might be farewell, but it is not goodbye, as we are sure we will develop new projects, cooperate again, and contribute to the development of the European Union as we all dream it to be.

The Y-FED consortium was composed of local and European organisations representing the interests of diverse groups that ensured that the voices of young people from different countries and socio-cultural backgrounds shaped the deliverables of the project.