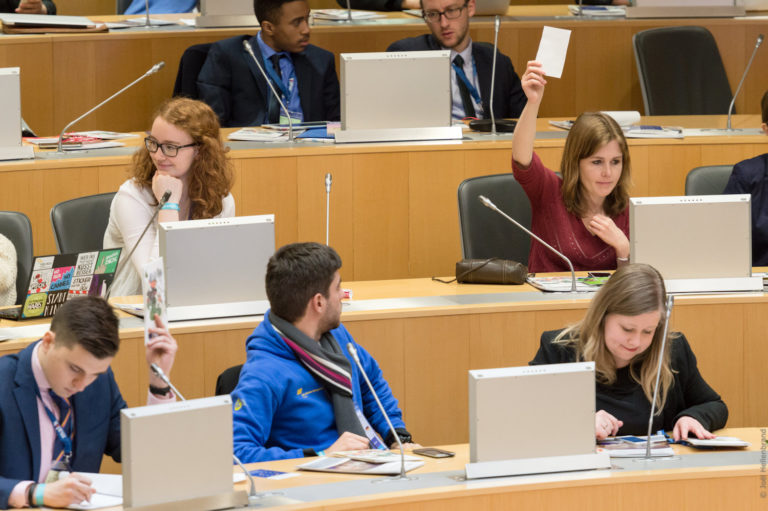 Y-FED, a cutting-edge project to test the efficiency of a brand new federal European Union

The project “Y-FED: Europe is what we make of it” aims to bring the EU closer to its young citizens by developing a proposal for an improved institutional framework of the Union in line with the European Youth Goals. The initiative, supported by an Erasmus+ “European Youth Together” grant, has implemented a series of capacity-building training courses, public policy hackathons, a large-scale simulation of a reformed EU and advocacy actions.

The project has two main aims with specific objectives: Aim 1 seeks to bring the EU closer to its citizens by raising awareness of the EU institutional framework and advocate for its reform based on young people’s recommendations. For its part, Aim 2 intends to raise awareness of the European Youth Goals (EYGs) and support their implementation by embedding them in the reformed EU institutional model and bringing them from the European to the local level.

The Y-Fed recently held a six-day simulation of a hypothetical and unique federal European Union, following the original plan of the Founding Fathers. It is the continuation of the European Youth Convention (more info here), where youth from 38 countries discussed the future of Europe.

In order to create a federal EU, the European institutions were redesigned and adapted to the reality of a federal system. The brand new branches had the common goal of efficiently managing a migration crisis under this new political organization with the aim to test whether a federal EU could manage the crisis in a more efficient way.

These novel institutions were: New European Parliament (formed by the European House of Citizens and the European Senate), European Government (composed by a Prime Minister, Ministers and a Spokesperson), European Court of Justice, and Civil Society (composed of journalists and lobbyists). 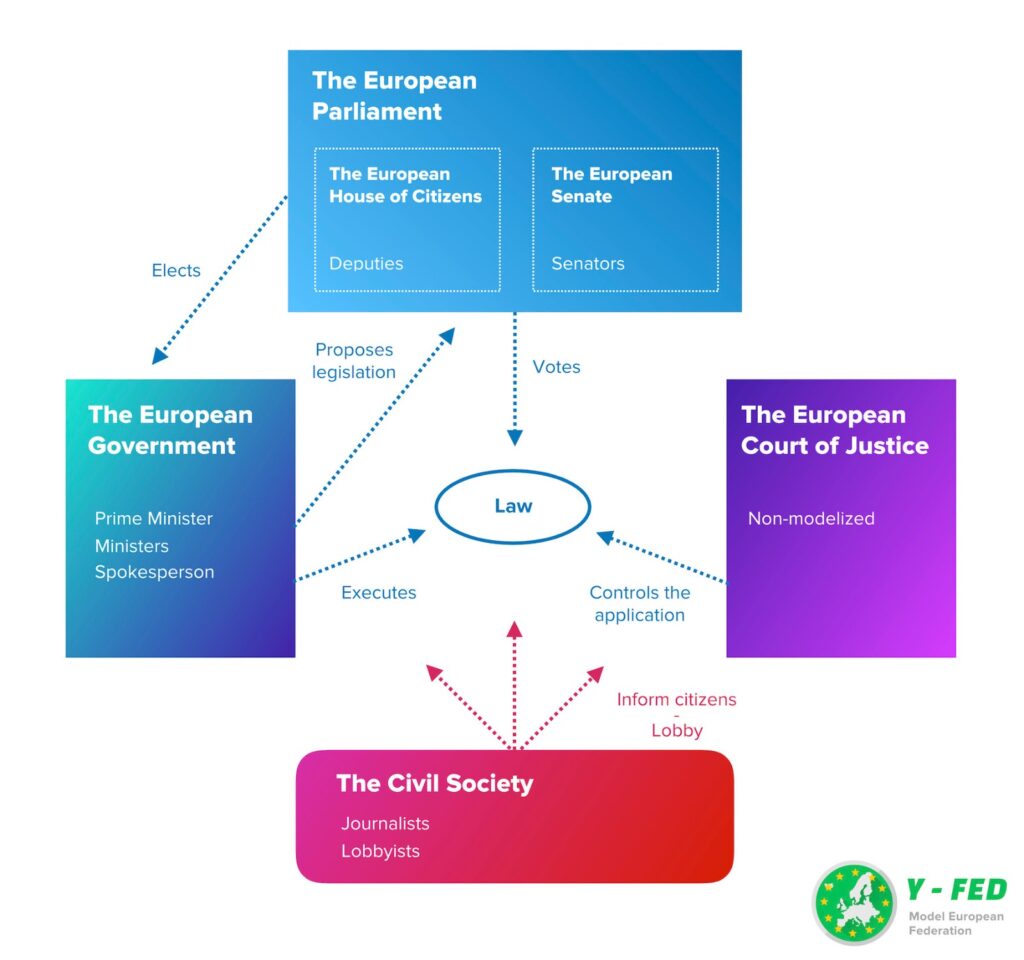 The functioning of the simulation consisted of two parts: participants were first explained the functioning of the new institutions; and second, they later on had to handle a migration crisis in Europe by debating, negotiating and taking actions, taking into account the new inner mechanisms of the federal European Union.